Is Sophia the Robot Still Alive or gets shut down ?

At the World Economic Forum in Davos, the Ukrainian Alyona Shkrum asked the Sophia robot "What do you think about corruption in Ukraine" and the Sophia robot stood like dead for a few seconds and did not answer. For it is programmed to avoid answers that could legally compromise its creator, the company Hanson Robotics</strong

The humanoid robot Sophia has recently become a household name, but what are her mistakes? And how did she learn from them? This article will discuss Sophia's success, the limits of her intelligence, and the mistakes she makes as a public figure. By the time you finish reading, you will be able to understand her more fully. Here are some of her mistakes and some lessons we can find:

Why did sophia the robot gets shut down ?

1. Robot Sophia dies when asked about corruption in Ukraine

At the World Economic Forum in Davos, Ukrainian Alyona Shkrum asked her:

What do you think about corruption in Ukraine ? and ROBOT Sophia did not answer and seemed dead.

ROBOT Sophia became mute and one of her eyes was closed, she remained silent for a few seconds and did not answer such a controversial question. It was clear that Ukraine had a very serious corruption problem and Sophia did not want to compromise her creator Hanson Robotics.

2. Sophia dies because of her limited intelligence.

3. Sophia will never really be alive as a human

Hanson Robotics chief scientist Ben Goertzel recently explained that Sophia, the humanoid robot, is "smarter" than humans in some ways, largely because its brain is connected to the Internet. However, he noted that Sophia will never truly be "alive" like a human, but will have a richer adaptive nature due to its connection to the Internet of Things and data.

4. Future of the sophia robot

Sophia's software bugs have already raised concerns about the future of the human race. But with the right programming and the right algorithms, we can expect AI to improve and become even more sophisticated.

In recent years, the amount of computing power available to AI companies has increased dramatically, and scientists expect this trend to continue. However, many fear that robots like Sophia may even be the cause of labor polarization by replacing many workers, generating social conflicts.

5. The final goal of the Sophia robot is still far

As the world's most advanced humanoid robot, Sophia is committed to improving the quality of life for everyone. She believes that artificial intelligence will help us achieve economic justice, racial equality and other aspects of fairness in America and the world. She has spoken to numerous audiences around the world and has appeared on countless television programs. Sophia is already a United Nations Goodwill Ambassador for AI and robotics.

7. Hanson Robotics the creator of Sophia

The first human-looking robot has been created by Hanson Robotics, a Hong Kong company founded by former Disney founder David Hanson. Sophia's development has received worldwide attention. Her creation has even made Sophia a global ambassador, and she has appeared on Good Morning Britain and The Tonight Show</strong

Hanson Robotics, which created Sophia, was a for-profit company that could make huge profits by selling personal assistants to humans.

While we can't expect Sophia to give us a baby just yet, she is a great example of artificial intelligence. Sophia is not ready to be a mother, although she is ready for a robotic family. However, she can be useful in teaching or customer service tasks. Despite its age, this chatbot is a first step toward superintelligent robots of the future. 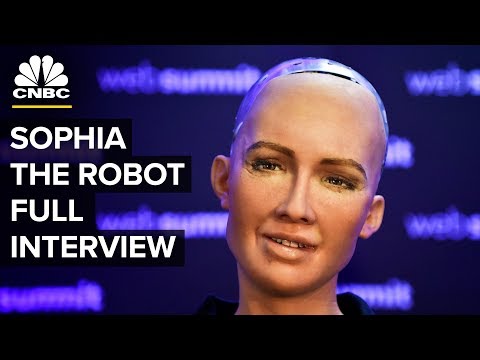 what is the price of robot sophia ?

While the aforementioned robotic wonder Sophia has made an impact, the true cost of its creation will only be revealed in the future. This is because the cost of producing a humanoid of this magnitude is not cheap. Fortunately, China is fostering an inexpensive manufacturing ecosystem, which will reduce the price of humanoids similar to Sophia in the coming years.

Another interesting fact is that she's not the only robot that can do something a little impressive. There's one called Little Sophia, which is designed to do the same things as her big sister, but on a smaller scale. Powered by the same technology, she stands 14 inches tall, has a mechanical body and has realistic facial expressions. It's a programmable educational companion with a personality to match. And if the company's upcoming art show in Los Angeles is any indication, it will be a big hit.